“Floored” is a documentary that premiered at the Austin Film Festival today and will have a follow up showing Tuesday night.  The subject matter is one that has grown all to familiar after last year’s financial meltdown – traders.  However the angle of the film is not to vilify these individuals Bernie Madoff style, but rather to tell their story.  Director James Smith brings these colorful characters to life and expertly reveals their flaws as well as unique personalities.  The story examines the rich history of floor trading on the Chicago Exchange and what happens when technology begins to change everything.  Faced with the prospect of leaving the pit and trading on a computer some veterans must leave the career they love.

Floored delivers the education you’d expect with a documentary along with the humanity that is often missing.  This was better than several documentaries we saw at SXSW.  I highly recommend it to anyone who enjoys independent film.  Be sure to look for it at the next film festival you attend and check out the official Floored website.

One thought on “Movie Review “Floored”” 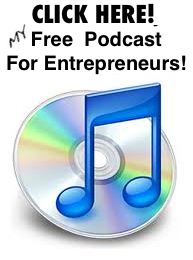